INVESTMENT IN INFRASTRUCTURE OF THE RAIL NETWORK IN POLAND

PKP PLK - managing the Polish state railway infrastructure, at the turn of 2014 and 2015 announced tenders for the execution of feasibility studies for many new others projects. The investments themselves are to be started at the end of 2016.

This refers to the feasibility studies for the investments co-financed from the new European Union budget for 2014-2020.

The feasibility studies refer among other to the following sections of the railways:

In addition, a pre-design documentation for works on the railway line No 202 on Gdynia Chylonia - Słupsk section is to be prepared.

In a future perspective, the problems of technical condition of the railway infrastructure, access to seaports will also be comprehensively solved.

The analysis necessary to perform these works cover the lines to the ports of Gdansk, Gdynia, Szczecin and Świnoujście. 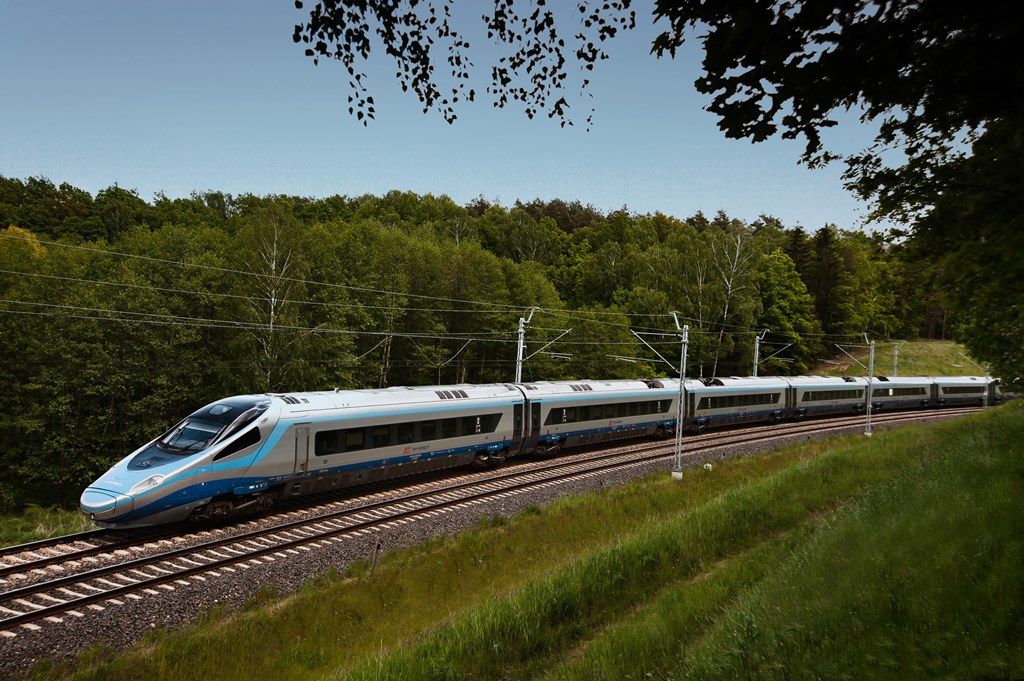 The need to develop the document resulted from fundamental changes in the structure of the European Union (EU) aid measures for the sector of railway infrastructure in Poland, which occurred with the entry into a new 2015-2020 budgeting period. In contrast to the 2007-2014 financial perspective, a significant part of the funds for Poland are now available under the new Connecting Europe Facility (EUR 7,7 billion). The program includes 5 projects to be submitted by PKP PLK S.A. in 2015 in the first CEF competition.

The total value of the projects is about PLN 8 bn, which requires an involvement of the following financial resources:

The program includes the following projects:

and many, many  others…

The following WPIK-CEF2015 Projects closely fit in with the strategic directions of the TEN-T network development:

The preparatory works for the project implementation (including design documentation) received a funding from the TEN-T Fund.

Moreover, the line is a freight corridor No. 8 Between Warsaw and Bialystok it was divided into two implementation sections, the first of which (to Sadowne) will be implemented under the 2007-2013 perspective measures, and the second one is the subject-matter of the WPIK-CEF2014 project.

Funding of the program

The primary source of funding for modernization projects under the program are European Union funds under the CEF mechanism. The national contribution will be covered from the state budget.   The program provides for maximum utilization of the EU funds to finance the projects.

This requires efficient implementation of the investment and full securing of the appropriate national contribution in the form of the state budget and EIB loans funds.

Reduction or postponed by years of the planned measures in one of the sources, carries automatically the threat of resignation from the implementation of certain projects or failure to implement the investment within the prescribed time.

Modernization of railway lines of the national importance

Therefore, in the implementation document to 2020 strategy, the  construction of five new lines appears for the first time.

They include among others the so called hellish route, or Podleze-Piekielko line (PLN 6 bn), (in Polish Piekielko - Little Hell) which would shorten the transportation from Krakow to Nowy Sacz and Zakopane and to Muszyna and Krynica.

The plans include connector between Katowice and Pyrzowice airport (PLN 1.6 bn) and tunnel from Łódź Fabryczna to Łódź Kaliska (PLN 2.3 bn).

There is also a line from Modlin Airport located near Warsaw to Plock, a city with a population of 120 thousand people (PLN 1.8 bln) and - a completely new - connector of Jaktorow on CMK with Łowicz on E20 main line (PLN 2.4 bn) ...

PKP PLK implements preparation of more investments than the anticipated allocation so that in the event of any failure it can implement other projects from the list.

Evaluation of investments and a method for their preparation:

Investment plans of the railway companies 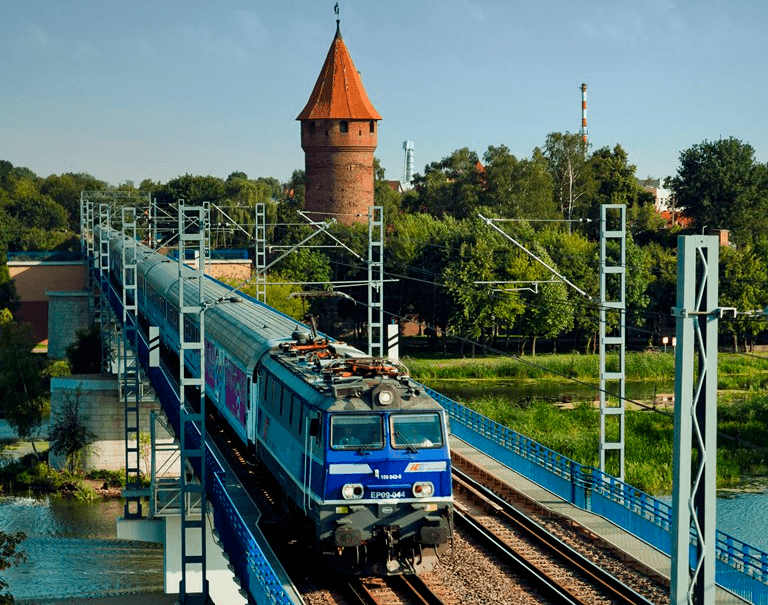 There is no basic feasibility study which is still under development.  It's an investment in the foothill and mountain area; therefore it is difficult to be achieved. But it is worth even to start it until 2020 (at the expense equal to e.g. PLN 1-2 bn) and finish it after that period.

This project is very advanced in terms of its formal preparations.  In terms of suitability for passengers it is the number one of the lines planned in the Implementation Document for the transport strategy 2014-2020.

Here, the feasibility study is completed. The line is justified by the need to merge both the Lodz junction and the line arriving to the city. A line important on a scale not only of Lodzkie region, but also of the entire network. In addition, the tunnel and the underground station will serve in the future for High Speed Rail trains. Construction of the underground station was planned together with the cross-city tunnel and KDP, because without them it would make no economic and social sense. 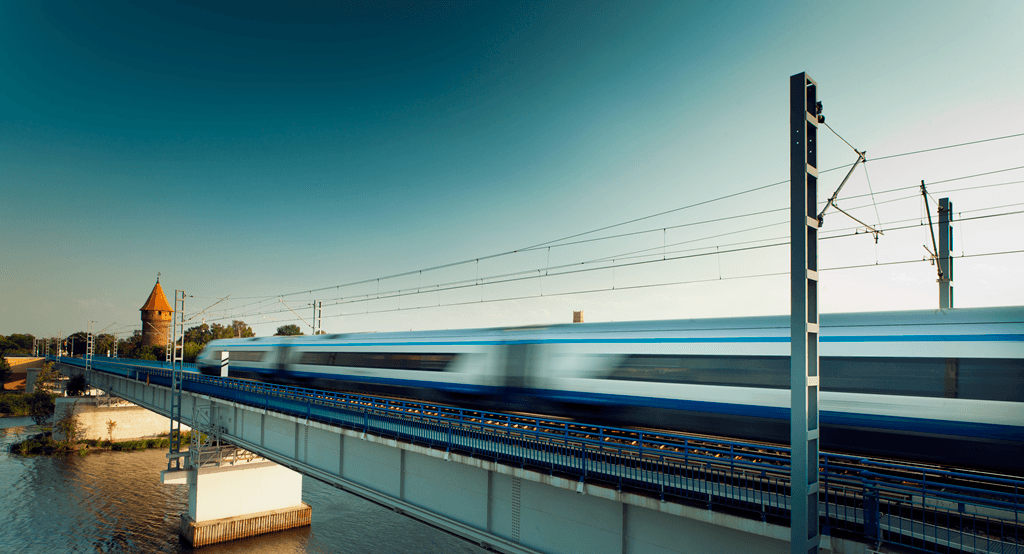 One of the key changes is the obligation of contractors to present a detailed schedule of implementation of the project.

Changes were made also in the process of selecting the contractors. In case of the most important investments, the Polish Railways shall apply a two-stage tender procedure.

Thereunder, the European Funds in the amount of more than EUR 7.6 billion will be allocated to the rail transport. The Railways are also preparing for spending money from the EU budget for 2014-2020.

For the Railways it will be approx. EUR 10 billion of the EU contribution only and approx. EUR 15 billion together with the domestic funds.

Therefore, PKP PLK developed the National Program Station, in which investment projects with a total value of PLN 78.6 billion were included.

The photographs have been taken from PKP website for the media - http://www.intercity.pl/pl/site/o-nas/dzial-prasowy/